Some couples were just made to be in front of the camera! Stephanie and Caleb headed to Chinatown for their engagement session. Their wedding reception will be in the same neighborhood this summer. After wandering past dozens of restaurants, a family-owned grocery store, and other neighborhood shops with this adorable couple, we headed to Boston Public Garden to get some photos in the park. To my surprise, the park was full of purple alliums everywhere – how lovely! Before the shoot, Stephanie had her wedding hair trial at Lindsay Griffin + Co. Boston Hairstylist salon and also worked with Tara of TADA Makeup & Weddings for makeup. I’m very much looking forward to photographing their wedding ceremony at the chapel at Wellesley College followed by their traditional Chinese style reception! 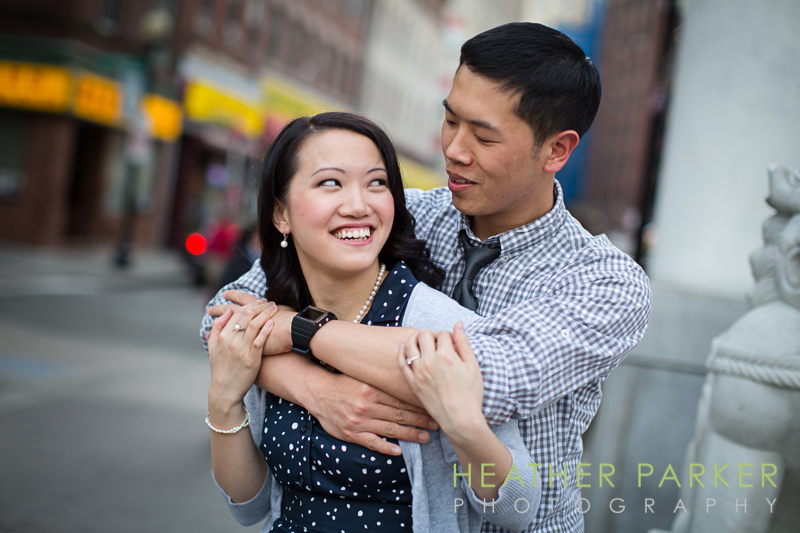 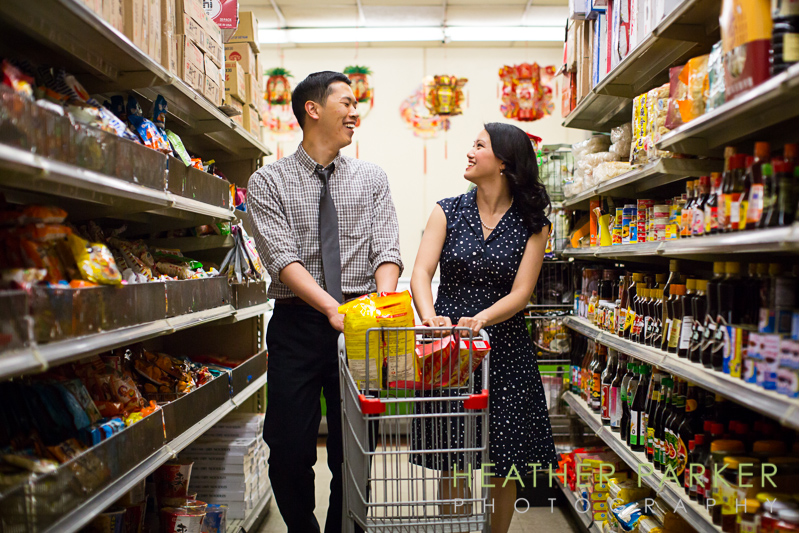 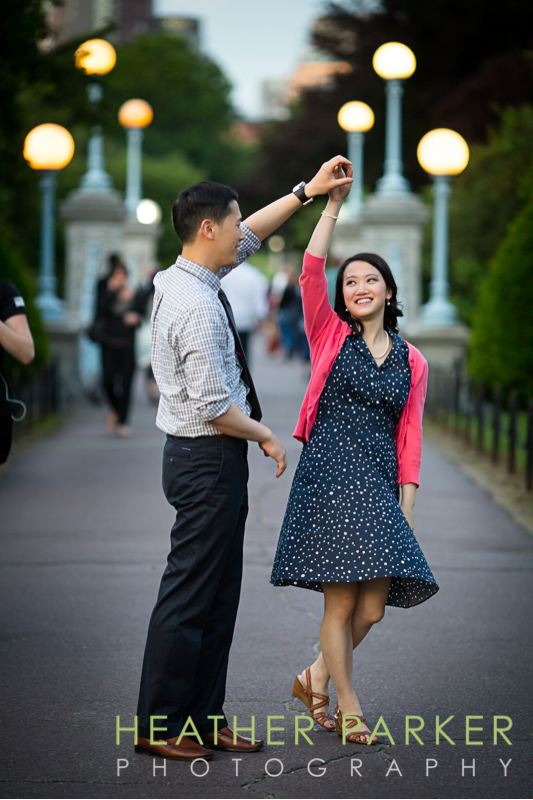 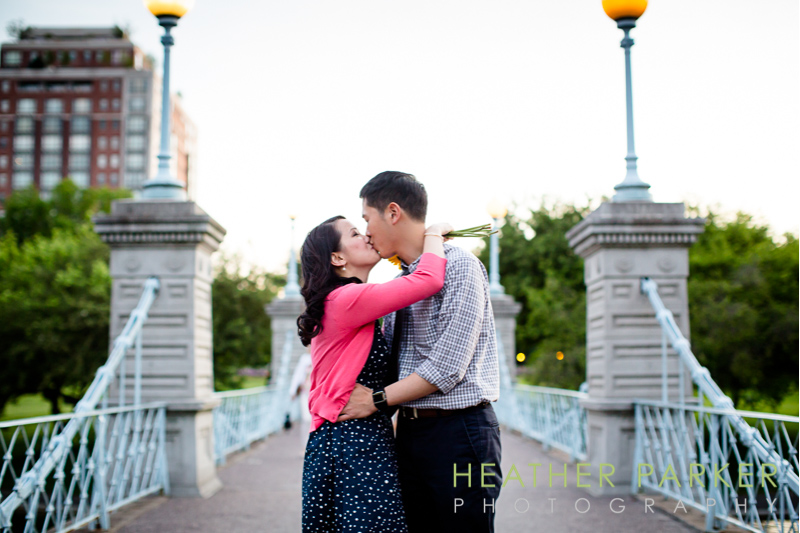 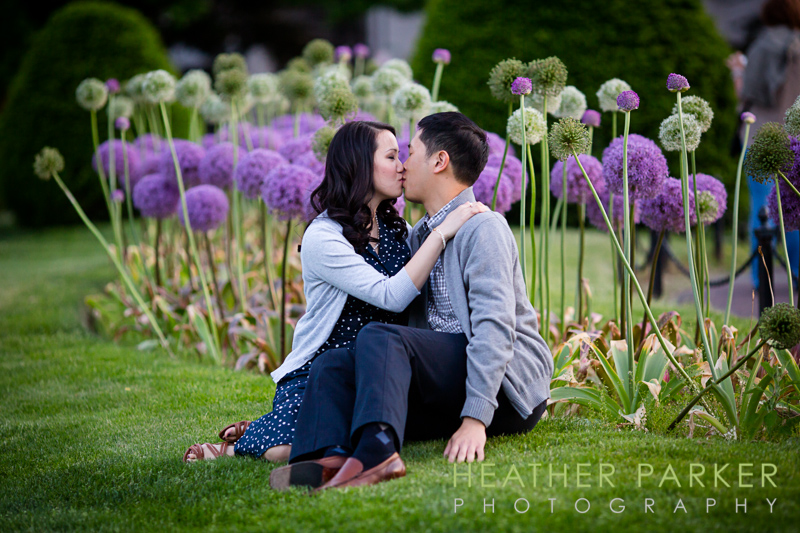